IUBAT GOLD, one of the pioneers of the clubs and societies, was established in 1994 with the mission of organizing sports and other related events among the student body of IUBAT. Since its birth IUBAT GOLD has organized several table tennis tournaments, football and cricket matches in collaboration with other sports clubs such as the IUBAT BLUES and JAGUARS. From 1995 to 1997 IUBAT GOLD was the unbeaten champion of football, cricket and table tennis.

IUBAT Blues was established in 1994. In the first football match against Gold, IUBAT Blues got the biggest lesson that was never desired by anyone of its members, they had digested 11 goals! Enthusiasm went down but as it was Blues that took revenge after 2 years of regular practice and desire to win. IUBAT Blues won in the 2nd match with Gold by 3 goals held in 1998. Blues again defeated the third sports club known as IUBAT Jaguars by four goals.

From then IUBAT Blues never looked back. Nowadays, Blues is performing different activities other than just playing. Blues has a structural frame to form an executive committee and every year members of the committee select new members so as to have new ideas and views. Blues also has a well-developed constitution, which is followed by every member. The number of general members is increasing.

Blues keeps the campus vibrant throughout the year by organizing different events that include fruits festival, pitha mela, Valentine’s Day, 21st February, debate competition, music competition, iftar party and the like celebrities. The club helps students’ learning through organizing workshops, seminars and the like programs. The club actively participates in different university events.

IUBAT Jaguars – “The New Babes on the Block” – are the latest of the three sporting and co-curricular clubs. The idea was to make the intra-university competitions more exciting and competitive. Till then only two sporting clubs made up for the students’ requirement to compete and enjoy. But with the IUBAT family getting bigger, a quick solution was required to harness the new talents to the top level of university competitions. The Jaguars was provided with that and much more.

Adorably referred as “The Jaguars”, it was considered nothing more than a push – over. However, this club initiated the sporting career with a bang. The first match that Jaguars played with the senior most team of the university-IUBAT Gold resulted in an upset of a big nature. The Babes Jaguars defeated Gold by four goals to two – a result that instantly brought recognition to the team as a formidable side.

But the team did not stop at concentrating and basking in their sporting success. The team bought an entirely new dimension of thinking and action for the student bodies, when they organized a field trip for both its members and non-members of IUBAT Community, with the freshmen batch as the special guests.

IUBAT Robotics Club (IRC) is a club of engineering disciplined students which has initiated from fall semester-2015. Currently, about 50 members from various disciplines such as students of EEE, ME and CSE are actively participating in this club. The goal of this club is to improve the robotics skill among the IUBAT students from basic to advance level. IRC is working to build a platform of students who are interested in robotics. IRC organizing different workshops, Intra university robotics competitions, visit seminar on renowned universities, participate in different national robotics competitions, etc. IRC executive committee arranges meeting along with all general members on a regular basis where the members are sharing their works and interests. Read More… 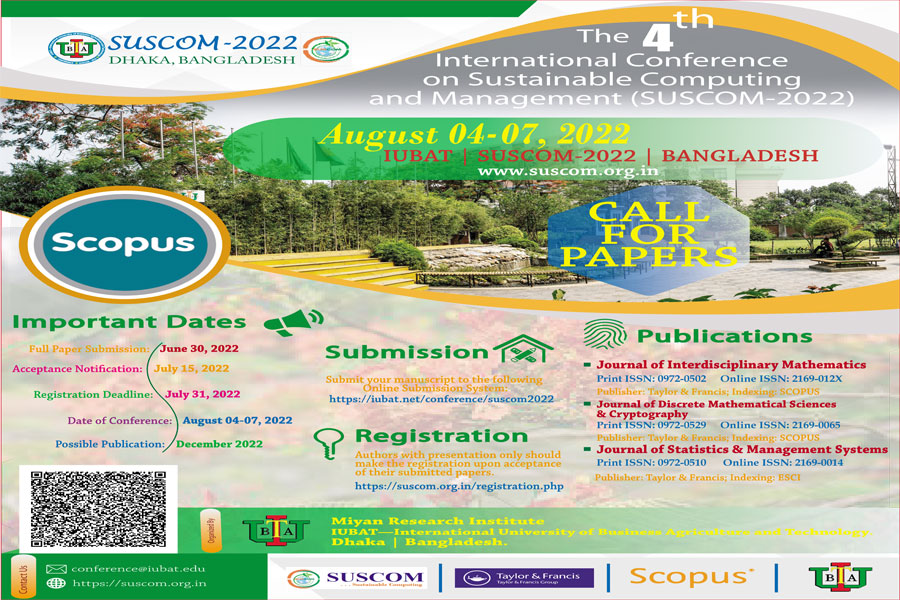